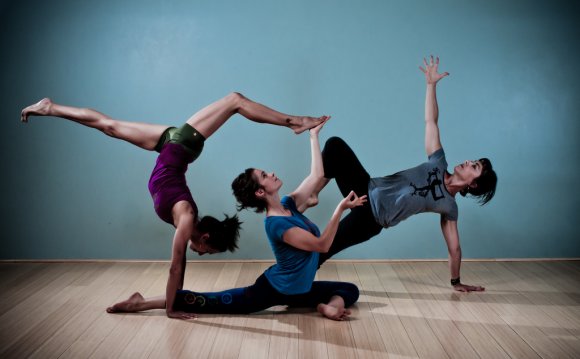 Have you ever wondered why some yoga poses seem to leave you calm, centered, and balanced, while others make you agitated, sore, and off center? Or why your best friend flourishes in a rousing “Power Yoga” workout, while you do best on a regimen of slow, gentle, stretching?

The ancient Indian healing system known as Ayurveda can help you answer such questions. According to Ayurveda, different people require very different yoga practices. As a yoga teacher and doctor practicing Ayurvedic medicine, I’ve experienced firsthand how Ayurvedain addition to the dietary and lifestyle advice that it is best known for can shed light on the practice of yoga.

Take the case of the 31-year-old woman who came to me complaining of nervousness and chronic neck pain. She had been practicing yoga for six years and still could not understand why she was still experiencing these difficulties.

Our work with Ayurveda helped this woman understand how the asanas she had been practicing had aggravated the subtle energies of her body. She also learned new asanas that were more in harmony with her unique energetic balance. With this new knowledge, she was able to modify her practice and eliminate her neck pain and nervousness, bringing greater well-being to her body and mind.

Yoga and Ayurveda are two paths intertwined in such a close relationship that it is hard to imagine traveling down one of these paths without knowledge of the other. Ayurveda, which means “knowledge of life, ” is the ancient art and science of keeping the body and mind balanced and healthy. Yoga is the ancient art and science of preparing the body and mind for the eventual liberation and enlightenment of the soul.

Like hatha yoga, Ayurveda teaches how to keep the physical body healthy, and how this health relates to our spiritual journey. Both yoga and Ayurveda spring from the ancient Sanskrit texts called the Vedas. According to Vedic scholar David Frawley, “Yoga is the practical side of the Vedic teachings, while Ayurveda is the healing side.” In practice, both paths overlap.

In fact, Ayurveda and yoga are so closely related that some people argue that Patanjali, the first codifier of yoga, and Caraka, the first codifier of Ayurveda, may have in fact been one and the same person. Philosophically, both yoga and Ayurveda are rooted in Samkhya, one of six schools of classical Indian thought. The foundation of this philosophy can be described as follows:

1. There exists a fundamental state of pure being that is beyond intellectual understanding and which all life consciously strives for. This is the state of enlightenment or self-liberation.

2. Suffering is a part of our lives because of our attachment to our ego or self-identity (ahamkara).

3. The path toward ending suffering is the path of dissolving or transcending the ego. In doing so, all fear, anger, and attachment are eradicated.

4. To achieve this goal, we must live a purely ethical life. (Ethical guidelines are listed as the yamas and niyamas in the Yoga Sutra of Patanjali.)

5. Any disturbance within the mind or body interferes with this path. Ayurveda is the science of keeping the biological forces in balance so that the mind and body may be healthy.

According to Ayurveda, the universal life force manifests as three different energies, or known as vata, pitta, and kapha. We are all made up of a unique combination of these three forces. This unique combination, determined at the moment of conception, is our constitution, or prakruti. The three doshas constantly fluctuate according to our environment, which includes our diet, the seasons, the climate, our age, and many more factors. The current state of these three doshas most commonly defines our imbalance, or vikruti. Since we all have a unique constitution and unique imbalances, each person’s path toward health will be unique. In addition, what will keep each of us healthy is also unique. Understanding our prakruti and vikruti offers each of us the potential to make correct choices.