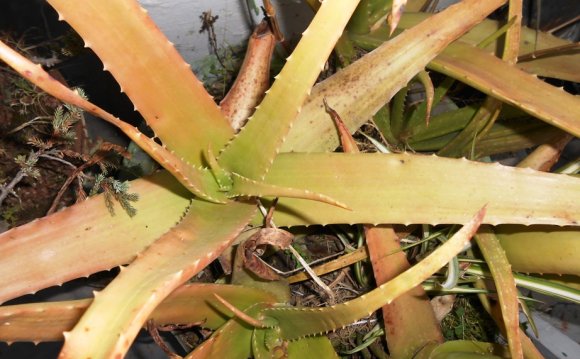 A lot of men and/or their partners wish they were able to prolong their sexual encounters. Lack of ejaculatory control might, in fact, be the number one sexual complaint among men under the age of 50. The details of the complaint vary greatly though. Concerns range from the man who will ejaculate within seconds, at the first touch or just prior to penetration, to the man who is able to receive oral and manual stimulation without ejaculating, but with intercourse will orgasm within a minute. There are men who report being quick to ejaculate from their very first sexual encounter and remain so. There are men who report having been quick during early sexual encounters but somehow gained control until suddenly losing control again. Then there are men who seem never ever to have been bothered by an untimely ejaculation. Obviously there is not just one type of ejaculatory concern.

"Premature" or "rapid" ejaculation is also relative to the man and/or his partner's expectations. There are men who are able to thrust for 5 minutes before ejaculating and complain because they had hoped to last another 25 minutes. There are men who last 20 minutes but their partners complain that they did not wait for her - or worse yet, draw comparisons with her last lover who had set a record for marathon thrusting. Consider another couple who plays for an hour after a very romantic evening. In the course of love play the man manually and then orally stimulates his partner who, in response, has three orgasms. He then mounts, thrusting hard and deep, and ejaculates in about 45 seconds. This couple then holds each other in the afterglow of their intimate exchange, telling each other how wonderful the lovemaking had been. Does this man have a problem? Not if both are happy with the encounter. What if he moves on to another relationship and the next woman is not comfortable receiving oral stimulation to orgasm and expects 10 minutes of coital thrusting! These examples make it clear that a man's expectations and/or the expectations of his partner (s) have something to do with his labeling himself as having a problem.

In the past, premature ejaculation was defined by the percent of times the man ejaculates during intercourse before his partner does. There is, however, a major problem with defining a man's ejaculatory control in terms of his partner's orgasmic frequency during intercourse. It has been clearly demonstrated that the majority of women (perhaps around 65%) are unable to orgasm with the stimulation of intercourse alone... never could and probably never will. For most women the vagina is significantly less sensitive than the clitoris, which is not always stimulated in most coital positions. A fair number of the roughly 35% of women who can make it during intercourse do so by combining clitoral stimulation with what they are experiencing vaginally. It is fortunate that some positions that work best for the woman are the same in which a man might exercise better control of his ejaculatory process.

You might now ask, "What is normal or typical?" Let's first, however, consider the question, "What is natural?" In nature the purpose of sex is procreation, and this process is accomplished by the deposit of sperm deep in the vagina, independent of the time it takes to do so (or, for that matter, the partner's satisfaction). Our primate cousins, the apes, chimps and monkey, ejaculated in seconds.

As human beings, however, sex is more often for recreation, typically with great pains being taken to prevent pregnancy. Sex for humans is an expression of love, a sharing of intimacy, a form of communication, and often we feel it is an expression of our manhood or womanhood. We have a certain investment in being good at it! However, it appears natural for a man to move toward vaginal intercourse, thrust upon penetration, and ejaculate quickly.

This brings us to the question, then, about normalcy. It is my position that it is normal for men to sense an urge to ejaculate quickly and feel the need to exercise some control. We'll finally look at the question now of "What is typical?" Although averages stated vary a bit from study to study, it would appear safe to say that the average healthy male under 30, with steady vaginal thrusting, will ejaculate in 1 to 3 minutes, not 15 minutes as most men would wish.

There are factors that influence how quickly a man will ejaculate. The younger the man, the more likely it is that he will ejaculate quicker. The more excited the man, the quicker he is likely to be, and related to this, the more novel and exciting the partner, the greater the tendency to orgasm rapidly. Also, the longer the time since his last ejaculation, the greater the loss of control. Furthermore, the more active and rapid the thrusting, the sooner he is likely to reach the point of ejaculatory inevitability - that point of no return. It also seems clear that the more worried or anxious the man, the shorter his fuse will be. In summary, the man at greatest risk of ejaculating quickly is the young man who is with a new partner after a long dry spell and is very excited, but very nervous, as he penetrates and thrusts steadily and rapidly.

Men have tried many things to slow themselves down. Makers of the desensitizing creams have made fortunes because men believe that if they numb the end of their penis they will last longer. However, most men are disappointed with these over-priced creams, as the ejaculatory reflex is much more complicated than just superficial nerve endings. Someone once said that our largest sex organ is not between our legs, but rather between our ears. There is a lot of complicated neurology between the end of a penis and the top of the man's brain! More recently, physicians have been prescribing medications that have been found to have ejaculatory retardation as a side effect, but as a behavioral therapist I have a problem with this. Even if such medication does work (and it often does not), it will "cure" nothing. The man can't take it for a lifetime, and in relying on the magic pill will never learn how to manage his ejaculatory process in a way to prolong the pleasure both he and his partner experience. Condoms might help (and should always be worn in the practice of safer sex), but in a long-term committed relationship, condoms may be a nuisance unless being worn for contraceptive purposes.

Unfortunately, much effort by well-intended sex therapists has been wasted, for many of my colleagues have not understood the dynamics of the natural ejaculatory response nor the important learning components of gaining better management of the process. In part, the difficulty has been with them viewing rapid ejaculation (a term I prefer over premature ejaculation) as a pathological condition rather than a natural one. Rapid ejaculation has been grouped with the sexual dysfunctions, even though it is quite common and the majority of young excited males will ejaculate rapidly at least in the early encounters with a responsive and novel partner. Calling it a dysfunction is essentially turning a natural process into an illness. In the medical model of thinking, if there...