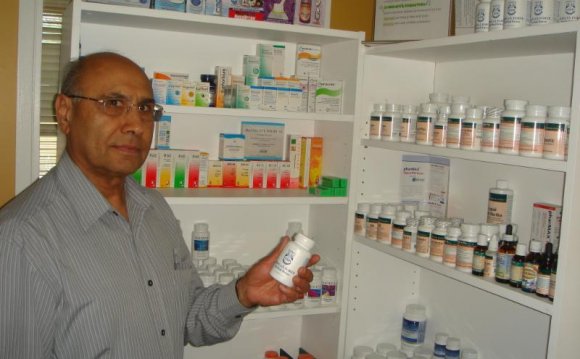 Dr. Virender Sodhi was the first Ayurvedic and Naturopathic physician in the United States. He received his degree from the Dayanand Ayurvedic Medical College in Jalandar, India in 1980. Consequently, in 1986, the Indian government chose him to share Ayurveda with the Western society as part of a cultural exchange program.

Upon his arrival into the United States, Dr. Sodhi enrolled at Bastyr University, a world leader in natural medicine, located in Washington State where he received his doctorate degree in Naturopathic Medicine (ND). He was then subsequently asked to join the faculty at the university to teach Ayurvedic sciences. Currently, he is a visiting professor at Southwest College of Naturopathic Medicine in Scottsdale, Arizona, School of Pharmacy University of Washington and Des Moines University Iowa.

Aside from educating students at different institutions, Dr. Sodhi also took it upon himself to educate the general public about the benefits of naturopathic medicine. He has been featured on several radio and television programs across the country including an hour-long talk show on KEZX: a local radio station in Seattle, Washington. This program was titled “Ayurveda: Wealth of Health” and was featured during the summer of 1997. He has also taken his knowledge about Ayurveda to the national and international level where he’s lectured not only in hospitals, conferences and other universities in the United States, but also in countries like Italy, Switzerland, Holland, Japan, New Zealand, Australia and Canada.

Dr. Sodhi sits on the Panel of Experts with Dr. Andrew Wile for Natural Health Magazine, and has also been featured in the “Ask the Experts” column many times. To add to his growing list of accomplishments, he was also the most quoted naturopathic physicians in the reference book: Alternative Medicine, The Definitive Guide, and is featured in The Textbook of Natural Medicine . He has also written for several publications including the Protocol Journal of Botanical Medicine, World & I Magazine, and the Ayurvedic News Quarterly. He writes regular weekly column Ayurvedic Medicine updates, for India Post. He is currently busy attending to patients from all over the world at the Ayurvedic Naturopathic Medical Clinic in Bellevue, Washington along with writing a book on Ayurvedic Medicine. He is member of AANP ( All American Naturopathic Physician ) and WANP ( Washington Association Of Naturopathic Physicians). He has been appointed advisor to government of Australia for natural products.

The Truth Behind The Flu Shot: An Ayurvedic And ...

How to Reduce Creatinine level and Avoid Dialysis - Ayurveda

Understanding Ayurveda - An introduction to Ayurvedic ...