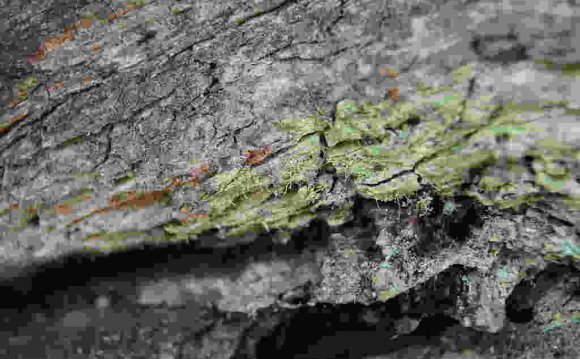 What is Ayurvedic medicine?

Ayurvedic medicine evolved in India, and is considered to be the world's oldest healthcare system. It is named for the Sanskrit word Ayurveda, meaning the "science of life."

If that sounds like an all-encompassing definition, it is. Ayurvedic medicine is entirely holistic. Its adherents strive to create harmony between the body, mind, and spirit, maintaining that this balance prevents illness, treats acute conditions, and contributes to a long and healthy life.

Ayurvedic medicine (also known as Ayurveda) is India's primary healthcare system. More than 90 percent of the continent's population use some form of Ayurvedic therapy, including following its dietary principles, practicing traditional or "grandma's medicine, " or seeking professional help from trained Ayurvedic practitioners. In the United States, Ayurveda is considered a complementary healthcare option, with many Americans employing Ayurvedic elements such as massage, meditation, or cleansing therapies.

What is the Ayurvedic perspective?

Ayurveda is not a "one-size-fits-all" system. Instead, its regimens are tailored to each person's unique prakruti (Ayurvedic constitution), taking into account his or her needs for nutrition, exercise, personal hygiene, social interaction, and other lifestyle elements.

Where does Ayurveda come from?

Ayurvedic medicine has a rich history. Originally shared as an oral tradition, Ayurveda was recorded more than 5, 000 years ago in Sanskrit, in the four sacred texts called the Vedas: the Rig Veda (3000-2500 BCE), Yajur Veda, Sam Veda, and Atharva Veda (1200-1000 BCE).

Ayurvedic theory states that all areas of life impact one's health, so it follows that the Vedas cover a wide variety of topics, including health and healthcare techniques, astrology, spirituality, government and politics, art, and human behavior.

Ayurvedic medical books, available by the eighth century BCE, provide not only procedural instructions but also a history of how Ayurvedic medicine evolved over time. Current knowledge about Ayurveda is primarily based on "the great triad" of texts called Brhattrayi, which consists of the Charak Samhita, Sushurta Samhita, and Ashtanga Hridaya. These books describe the basic principles and theories from which modern Ayurveda has evolved.

Charak Samhita by Charaka
Charak Samhita, which dates back to approximately 800 BCE, is a major compendium of Ayurvedic medical theory and practice that Charaka, an internist at the University of Taxila, compiled in Sanskrit. Presented as poetry, Samhita contains more than 8, 400 verses in its 120 chapters. Modern Ayurvedic physicians still use Samhita in their medical training, and the text has been widely translated. The most widely recommended translation is one by Dr. P.V. Sharma, which contains extensive appendices and a rich index.

Sushruta Samhita by Sushruta
This surgical text, which dates back to approximately 700 BCE, contains seminal content such as the Ayurvedic definition of health, information on blood, and the description of five subdoshas of Pitta and the marma points. This volume also includes pioneering techniques in skin grafting and reconstructive surgery.

Ashtanga Sangraha and Ashtanga Hridaya by Vagbhata
Ashtanga Sangraha and Ashtanga Hridayam, dating back to approximately 400 CE, were written by an Ayurvedic physician from the Sindh region of India. The Sangraha is primarily written in poetry, while The Hridayam is presented as prose. These texts define the five subdoshas of Kapha and emphasize the material value of life. The Hridaya is still highly regarded as a primary Ayurvedic medical textbook; Srikantha Murthy's translation is recommended for English readers.

Sarangadhar Samhita by Sharngadhara
This text was written in the 13th century CE, and is valued for its explanation of the Ayurvedic concept of materia medica, as well as for its pharmacological formulations. It is also considered the foremost text on pulse diagnosis.

Madhava Nidan by Madhava Kara
This text was written between 700 CE and 1100 CE, and is valued for its precise classification of diseases and disease etiology, particularly in the fields of bala (pediatrics) and toxicology. Madhava Nidan is considered the Bible for Ayurvedic clinical diagnosis.

Why is Ayurveda a good alternative to using traditional ...