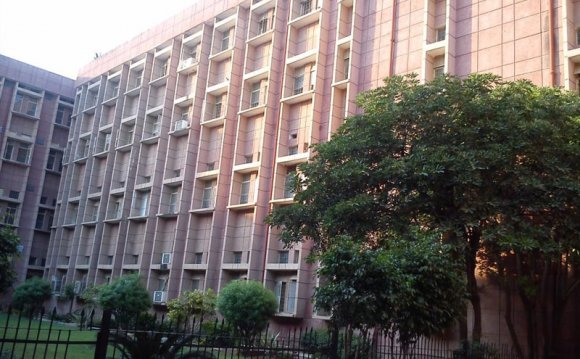 For the past four years, I’ve been trying to convince the 94 percent of you who don’t have celiac disease or some other type of gluten intolerance that there is no reason for you to be on a gluten-free diet.

And for four years, I’ve been hearing back from devoted fans of the books “Wheat Belly” and “Brain Grain” who insist that gluten is bad for everyone and we’re all going to die unless we all give it up.

Gluten is a protein found in wheat, as well as barley and rye. Although there are many experts who say there is no evidence that gluten causes any harm, except to the estimated 1 percent of the population who have celiac and the 5 percent who have a non-celiac gluten intolerance, many consumers insist “Wheat Belly” and “Grain Brain” are the gospels of nutritional wisdom.

Finally this year, two new books are out that attempt to debunk the myths espoused by those books and other promoters of fad diets. These are the books I’ve been waiting for.

From reading them, you’ll learn that fad diets have been around for thousands of years and many books have been considered the bible of nutrition through the ages, including the actual Bible. The Book of Daniel recommends a diet without “pleasant breads” and “flesh.”

Daniel probably didn’t have gluten-free bread, which can be quite unpleasant to eat.

I learned about the prophet’s diet in Alan Levinovitz’s book, “The Gluten Lie.” Levinovitz is a religious scholar at James Madison University who became interested in the subject because he’s read hundreds of years of religious texts describing diets based on spiritual beliefs.

“Consider the possibility that your fear of gluten is just the latest in a long line of groundless dietary paranoias, based on nothing more than myth and superstition, spoiling your favorite foods and putting you at risk for eating disorders, ” Levinovitz writes in his book.

What may have been America’s first fad diet was also tied to religion, according to Stephen Yafa’s book, “Grain of Truth.”

In the 1830s, Rev. Sylvester Graham believed that consumption of meat led to “unclean thoughts, ” so he promoted a strict vegetarian diet. This led to his invention of the graham cracker.

Yafa is a writer who became interested in investigating the gluten-free diet when his wife was told at an Ayurvedic retreat that she had a “gluten neck.” Ayurveda is a system of Hindu medicine (I had to look that up).

No, Levinovitz and Yafa are not doctors, like “Wheat Belly” author William Davis and “Grain Brain” author David Perlmutter. They take a journalistic approach to examine diet myths, interviewing experts and recounting numerous studies on gluten and other diet issues.

Both cite evidence that Davis and Perlumutter’s theories are off base and wonder why people are so quick to embrace a gluten-free diet after reading those books.

“My takeaway is that the non-gluten lifestyle has become such a cool, hip statement so divorced from its granular origins that wheat left the building long ago and nobody noticed, ” Yafa writes in his book.

“The hard evidence suggests that wheat’s foes have oversimplified health issues and unnerved a jittery, overwrought public, ” he says.

Levinovitz takes a harsher tone toward Davis and Perlmutter.

“Despite their credentials, these men are sensationalists, not scientists, ” he writes in his book.

“What’s shocking isn’t their theories — it’s that so many people take them seriously, ” Levinovitz says.

“The Gluten Lie” can be quite entertaining as he describes the history of diet myths and superstition. Despite the title, the book is not just about gluten but about other frightful foods: fat, sugar and salts. He found conflicting advice about all of them.

You’ll finish the book wondering if anything we eat has been definitively proven as unhealthy. At the very least, you’ll question why we’re so quick to embrace every warning that comes with every study about foods that are supposedly killing us.

“Grain of Truth” looks at a lot of local artisan bakers who are using strains of wheat and processing methods that they say result in healthy breads for everyone. Well, almost everyone.

I was less entertained by that book because I still can’t eat bread anyway, so I really wasn’t interested in their baking methods.

To their credit, both authors address celiac disease and acknowledge that it’s a serious medical issue. While gluten may be fine for most of the population, those of us with celiac absolutely can’t have it, and they realize that our gluten-free diet is nothing to sneer at.

Yafa offers a theory that people with non-celiac gluten intolerance may be able to eat sourdough bread. He says the long fermentation process in making sourdough reduces the gluten content.

I’m not sure I’m ready to believe that.

While “Grain of Truth” advocates for the sourdough diet, “The Gluten Lie” proposes a facetious diet called the UNpacked Diet.

Levinovitz’s diet suggests it’s not the food ingredients that are hurting us but the packaging, so we should eat foods that are UNpacked.

At least I think he was being facetious.

The best diet advice I saw from the books was a sign that Yafa noticed at a bread-makers’ conference: “Live Free. Eat Gluten.”

Unfortunately, I can’t follow that advice. But for the 94 percent, you ought to consider it. It’s very clear from reading these books that there are plenty of opinions out there about what’s good and bad for you to eat.