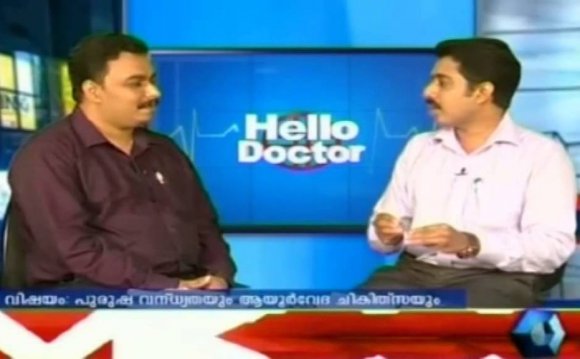 INFERTILITY is the inability to conceive after one year of unprotected intercourse. Women who are able to get pregnant but then have repeated miscarriages are also said to be infertile.

Many herbs have been shown to be beneficial in sperm production.

Kapikacchu (Mucuna pruriens)
Kapikacchu (Mucuna pruriens) is potent antioxidants, and reduce oxidative damage to sperm by preventing disruption in the membrane integrity of sperms [2, 3.]
Kapikacchu has aphrodisiacal properties and is beneficial in oligozoospermia (insufficient sperm cells in the semen). Treatment with Kapikacchu has been shown to increase sperm count.
L-dopa, a precursor of the neurotransmitter dopamine, isolated from Kapikacchu[4], has been shown to increase sperm production[5]. Kapikacchu also prevents male sterility and acts as a nervine tonic.

Gokshura (Tribulus terrestris)
Protodioscin, an active principle from the herb Gokshura (Tribulus terrestris), is converted to DHEA (De-Hydro-Epi-Androsterone), which is a precursor of testosterone, and thus improves sexual desire and sperm production[6].
Studies show that adequate levels of testosterone stimulate the production of vasoactive substances like nitric oxide, resulting in satisfactory erection[7].
A study showed that treatment with Gokshura (Tribulus terrestris) increased the intracavernous pressure in the penis and enhanced sexual behaviour. This is possibly due to the herb’s ability to increase androgen (testosterone) levels and the subsequent release of nitric oxide from the nerve endings innervating the corpus cavernosum, resulting in improved blood flow to the penis and in turn improvement in the functioning of the musculature in the penile region[8].

Many other herbs used in Ayurveda such as, Bala (Sida cordifolia) and Salammisri (Orchis mascula) have fertility enhancing functions.

Sida cordifolia is mainly used in nervous disorders, general debility and sexual inadequacy. The tuberous root of Orchis mascula has good nutritional value and is used as a tonic and aphrodisiac.

Female infertility
The most common female infertility problem is an ovulation disorder. Ovulation is necessary for the release of the egg from the ovary. Some signs that a woman is not ovulating normally include irregular or absent menstrual periods.

Other causes of infertility include blocked fallopian tubes (the tube through which the egg travels from the ovary to uterus), endocrine disorders, uterine fibroids, and anatomical defects of the uterus.

Several other factors such as age, stress, poor diet, athletic training, being overweight or underweight, tobacco smoking, alcohol, sexually transmitted diseases (STD), health problems that cause hormonal changes, can affect a woman’s ability to have a baby.

Many herbs are used in Ayurveda for the treatment of female infertility.

Ashoka (Saraca asoca)
Saraca asoca is a small evergreen tree. Its bark contains an oestrogenic compound and has a stimulating effect on the endometrium (inner layer of uterus) and ovarian tissue.
It is useful in menorrhagia (excessive menstrual bleeding) due to uterine fibroids, leukorrhoea (white discharge) and in internal bleeding. It is well established for its effectiveness in menorrhagia and dysmenorrhoea.
It also has a stimulatory effect on the ovarian tissue and may produce an oestrogen-like effect that enhances the repair of the endometrium and stops bleeding.
Read more about Ashoka.

Lodhra (Symplocos racemosa)
Symplocos racemosa is an evergreen tree, with white to yellowish flowers, and purplish black drupes. Its astringent bark is recommended in the treatment of menorrhagia and other uterine disorders.
The stem bark has anti-inflammatory properties. S. racemosa is used in Ayurveda for various female disorders. Studies have reported that S. racemosa stimulates and increases the levels of reproductive hormo-nes, FSH (Follicular Stimulating Hormone) and LH (Luteinising Hormone)[9]. An increase in the ovary weig-ht was also found due to the observed FSH surge. These results are in concordance with the traditional use of this herb for female disorders.

Shatavari (Asparagus racemosus)
Asparagus racemosus is a multi-branched, spinous under-shrub, bearing numerous succulent and tuberous roots. The plant contains triterpene saponins, which are phytoestrogen compounds.
The plant is demulcent, aphrodisiac and galactagogue (promotes secretion of milk). The results of a study suggests an oestrogenic effect of the herb on the female mammary gland and genital organs[10].
A. racemosus is often used for infertility, threatened miscarriage, leukorrhoea and menopausal problems. It nourishes the ovum and increases fertility.
Read more about Shatavari.

Kumari (Aloe barbadensis)
Aloe barbadensis is a coarse-looking perennial plant with a short stem, with crowded leaves that have spiny teeth on the margins. Aloes have long been in use for a host of diseases such as, digestive, skin and liver ailments.
A study on Aloes showed that the in-vitro production of oestradiol and progesterone by ovarian cells was significantly increased by it. [11]
Read more about Kumari.

Infertility is a cause for concern. Nevertheless, for a substantial percentage of men and women with reproductive disorders, adopting changes in lifestyle, healthy exercise and dietary habits, reducing stress levels along with appropriate herbal supplementation can help overcome infertility.

Ayurvedic Treatments for Infertility in Female

Can Ayurveda Help with Infertility?