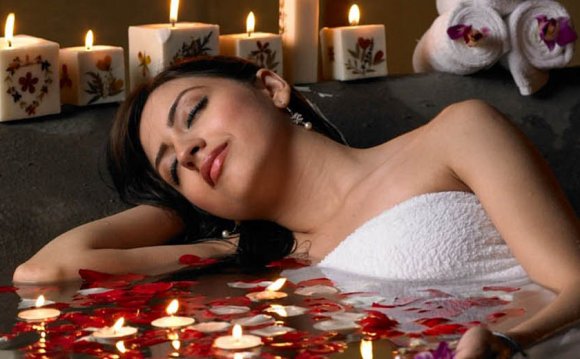 Ayurveda, the wisdom of the sages, the treasure of the ages, finds new meaning and relevance as modernity constantly threatens to crumble the glories of the past. Advocating a way of life that is in complete harmony with nature's ways. Seeking to maintain the perfect balance of body, mind and soul. Approaching each ailment, and each person individually and independently. Reaching deep within. Healing the very being.

An intricate system of ancient healing that originated in India thousands of years ago, historical evidence of Ayurveda can be found in the Vedas, ancient books of wisdom. Ayurveda is made up of two Sanskrit words - Ayur, which means life and Veda, which means knowledge. Ayurveda, thus, is the knowledge of life.

The Ayurmana - the heritage retreat of Ayurvedic healing at Kumarakom Lake Resort. Every beam, every wall of the Ayurmana pulsates with the historic powers of the oldest of sciences. The 200-year-old Ayurmana, had been the home of the Chathamangalathu Mana, a family of renowned Ayurvedic practitioners. And this rich legacy lives on, as the Ayurmana stands with pride as the renowned Ayurveda spa of equally befitting calibre. The exquisite 'Nalukettu' or four-sided mansion had been transported in its entirety from its original location to Kumarakom Lake Resort, and had been recreated with careful detail and expertise.

The three basic biological pillars of Ayurveda are Vata, Pitta and Kapha. These biological elements originated from the Panchamahabhutas and are commonly called "Triguna" in health and "Tridosha" in diseased states of the body. Arbitrarily they are referred to as Tridosha". Vata element is produced by combination of "Akasha" and "Vayu" and in the human body it represents "Control", its propulsive effects affect all parts of the body and is brought about through the agency of neuro-musculo-hormonal mechanisms. Smooth co-ordinated movements, functioning of central, autonomic and peripheral nervous systems are identified with functions of vata. An abnormal vata can lead to neuro-muscular disorders and hormonal problems. Pitta element is produced from Teja and Jala and constitutes the transfer and flow of energy within the body. Pitta element controlled by vata brings about the breakdown of food during digestion and food elements within the body to provide the bio-energy. Various catabolic enzymes and hormone systems form part of this element. Abnormal pitta can lead to thermal disorders, breakdowns and catabolic disorders. Kapha element is produced from Prithvi and Jala mahabhutas and constitutes the formation of solid and fluid constituents of various body elements such as cells, tissues, muscles etc., controlled by vata it induces growth, development and healing of wounds. Kapha element also maintains fluid balance of the body, within it's various organs and organ spaces. Abnormal kapha may lead to accumulative disorders leading to clot formation, stone and tumour formation etc. Increased kapha encourages and sustains infective processes. Vata, Pitta and Kapha within the body are nourished by the food ingredients and they react to changes in environment and mental states. The Vata, Pitta, and Kapha bring about the formation of the 7 dhatus and their tissues in the body, namely: Rasa (body fluids), Rakta (blood elements), Mamsa (Muscles, tendons etc.) Meda (adipose tissues), Majja (nerves), Asthi (bones), Shukra (sperm, ova, regenerative tissues). According to Ayurveda each dhatu is formed from its preceding dhatu. Each dhatu has its metabolism and waste products (Malas). The malas are catabolic aspects of tridoshas for example, gaseous wastes such as Carbon dioxide are malas of vayu, Stercoblin and Uroblin are malas of Pitta and Urea and Uric acid are malas of Kapha. Thus we see that the three doshas, the seven dhatus and the three malas constitute the integral part of the living body, when they are in a balanced state, health reigns supreme in the body. When they are vitiated and unbalanced, disease and ageing process predominate.

Know your inner self at Kumarakom Lake Resort. Discover harmony with nature, with Yoga. Asanas or postures in Yoga, meant to isolate the ego from the body and mind are designed to sharpen your concentration, improve your health and assist you in attaining peace of mind.
Source: www.kumarakomlakeresort.in