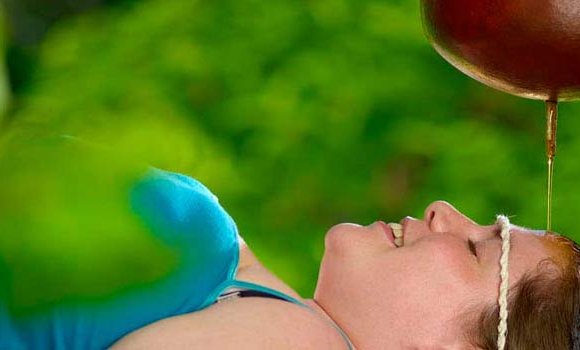 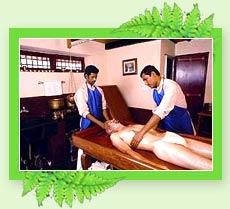 Ayurveda is the science and Art of living life in a manner useful to society. It has for its objects the preservation of health in the healthy and the restoration of health to the diseased. The word Veda in Ayurveda has been taken by all authorities to imply that it is both a part of and addendum to the great Vedas which have also been admitted by all savants of the West as "the oldest literature of the World". At the beginning of the creation, it is said, Brahma, the creator of the world recollected and created the vedas along with Ayurveda in a book form named Brahma Samhita which is not available today extends over a thousand chapters comprising altogether 100, 000 slokas. 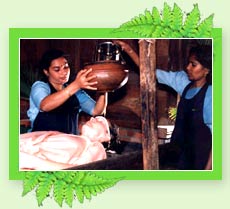 Brahma first of all taught Ayurveda to Prajapati and who taught it to Aswanikumaras, then to Indra, after him there developed two schools of Ayurvedic science- Athreya School of physicians and Dhanwantari School of Surgeons.

Ayurveda originated in India more than 10, 000 years ago and is believed to be the oldest healing science in existence, from which all other systems emerged. It deals elaborately with measures for healthful living during the entire span of life and its various phases. 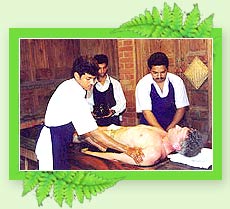 Some of the prime body treatments and body care in Ayurveda are given as under:-

Special type of oil massage in which strokes are given according to the diseases for 45 minutes per day for 14 days. This treatment is very useful for Obesity, Especially for Diabetic Gangrene etc.

Warm herbal liquid is poured all over the body in a rhtthmic way through a special vessel for 45 minutes to 1 hour daily. This treatment is very effective for hemiplegia, Paralysis Rheumatic complaints etc.