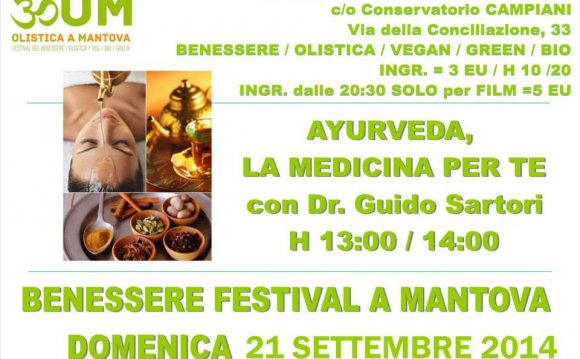 Taste, called rasa in Sanskrit, is the key to understanding ayurvedic nutrition. It is why certain foods influence some people’s digestion in a positive way while not for others.

In terms of importance, taste is second only to water — the element without which taste would not exist. (If the tongue is dry, it cannot taste.) Rasa is the immediate taste on the tongue, the one we remember, and the immediate experience of how that particular taste influences the body. Taste is made from the same five elements that comprise the doshas — ether, air, fire, water and earth — and a rasa may be sweet, sour, salty, pungent, bitter or astringent. Its corresponding short-term effect will have a direct influence on vata, pitta and kapha.

Each taste has a direct energetic effect on digestion, creating either a heating or a cooling sensation. This action on the digestive system, called virya, may be felt immediately after tasting a food, or some time later. For example, a sweet mango has a heating virya and tends to enhance digestive function. A medjool date is also sweet, but it has a cooling virya and tends to slow digestive function. You may feel more full five minutes after eating the date than five minutes after eating the same amount of mango, because the date is denser and has a heavier, more cooling effect on the digestive system.

Every taste has a long-term effect on our metabolism after digestion is complete, and all the nutrients have been assimilated in the tissues. This effect is known as vipak and is either sweet, sour, or pungent. The vipak of sweet is deeply nutritive and building; the vipak of sour enhances digestive fire, and the vipak of pungent creates increased elimination.

Sweet has a cooling virya, with some exceptions, and a sweet vipak. Of all the six tastes, sweet is the most grounding and nourishing. It’s balancing to vata and pitta and, when eaten in moderation, promotes longevity, strength, and healthy bodily fluids and tissues. It’s the taste to emphasize for someone who is trying to gain weight, as it will quickly increase kapha when taken in excess. Its heavy, oily, moist qualities tend to slow down digestion, so it’s often suggested in ayurveda to eat dessert first. The sweet taste abounds in foods such as wheat, rice, maple syrup, brown rice syrup, agave nectar, dates, licorice root, and slippery elm bark.

The salty taste has a heating virya and a sweet vipak. Salt is grounding and moistening, which makes it best for vata. Its warmth and unctuousness helps vata stay grounded and hydrated, but its heat may aggravate pitta. Kapha will be attracted to the warmth of salty flavors, but this flavor tends to promote more weight gain and water retention than kapha really wants. Salt stimulates digestion, helps maintain proper electrolyte balance, softens tissues, and has a mildly laxative effect when taken in moderation. Sea vegetables, salt, tamari, black olives, and processed foods are laden with the salty rasa.

Sour’s heating virya is followed by a warming, sour vipak. The sour taste stimulates appetite and saliva production, and is stabilizing in its light, heating, and oily properties. But it should be eaten in moderation, for its refreshing influence is strong, and a little bit goes a long way. Sour balances vata, but the sour taste tends to unbalance pitta with heat, and can suffocate kapha with its slippery, grounding nature. Sour improves appetite, digestion, and elimination, and includes such foods as lemons, ume plum, amla berry (sour Indian gooseberry), vinegars, and pickled and fermented foods.

Air and fire give rise to the pungent rasa whose virya is heating and vipak is pungent. The hottest of all the rasas, the pungent taste improves appetite, clears sinuses, stimulates blood circulation, and motivates the senses. The pungent rasa will taste hot and stay hot from start to finish, thereby benefiting kapha more than vata. The pungent taste, with its light and dry qualities, will aggravate pitta quickly. It is sure to balance wet, heavy kapha, but it can be too hot and dry for vata when taken in excess or paired with too many other drying foods. Vata does best when the pungent taste is combined with sour, sweet, or salty foods. Fresh ginger, hot peppers, onions, garlic, mustard, and hot spices all share the quality of pungency.

Of the six tastes, bitter is the coolest and lightest, making it best for pitta and least effective for vata, especially when taken without a proper balance of other tastes. Air and ether comprise this rasa, whose virya is cooling and whose vipak is pungent, making it quite cooling in the short term, but warming in the big picture. Kapha benefits from foods like dark leafy greens that abound with the bitter taste while providing calming magnesium and calcium. Dandelion root, turmeric, and fenugreek are also great sources of bitterness with cool and drying qualities.

Be careful to avoid the bitter taste in excess, as it’s known to create immediate coldness that can bring on bouts of grief and depression. Like sour, a little goes a long way. Make the bitter rasa a regular part of your meals but in small amounts. It will enhance the flavor of other foods and help to gently purify and cleanse the body.

Cool, dry, and light, the astringent rasa has a cooling virya and a pungent vipak. It is less cold than bitter but very dry and firm, which makes it a taste for vata to avoid. Many beans and legumes are astringent in nature, as are broccoli and cauliflower, all of which are known to create gas and thus aggravate the vata dosha.

Pitta will benefit from the astringent taste’s coolness, while its dry, light qualities help balance kapha. The constrictive nature of the astringent taste will also slow down digestion. Green grapes, unripe bananas, cranberries, pomegranates, alfalfa sprouts, green beans, and okra all exhibit the astringent taste. You will know this taste when it makes your mouth pucker and feel dried out.