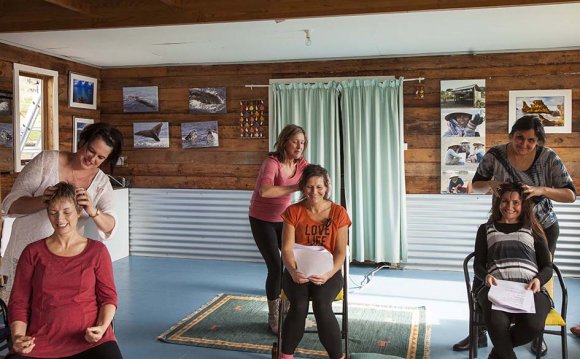 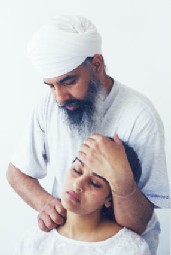 
For 5, 000 years, head massage has been a part of India's rich culture. It's held a special place both in the "kitchen table wisdom" of local Hindu mothers and in the medical bag of ayurvedic physicians.

Now making its way to the West, this seemingly simple health technique is finding new "disciples" eager to use it in their fight against modern-day problems.


From Whence it Came
Also known as shiroabhyanga, Indian head massage is one of at least 40 different types of massage that, along with a host of other diagnostic tools, are utilized by ayurvedic practitioners to address symptoms and conditions of ill health.

According to Amarjeet Bhamra, president of the Institute of Indian Head Massage, ayurveda - which translates as "knowledge of life" - is based on prevention, working with the individual's particular problem before it "settles in the body." Indian head massage is utilized in a similar fashion. The intent of this massage is not only to ward off stress, Bhamra says, but also to "stimulate the body to heal itself and to reduce the rate of progress of the prevailing condition."

According to Indian head massage therapist Suzanne Marie Carter, the gift of touch has long been an integral part of India's rich traditions of health. "Massage has always played an important role in the everyday life of Indian people, " she says. "From birth to adulthood, family members share the tradition of massaging each other, which lends itself to bonding and caring."1

Bhamra says the practice of head massage, in particular, is a weekly ritual an Indian woman bestows on her children while they sit on her lap under the open sky. Oils are typically part of the act, both to soothe the spirit and nurture the skin and hair. "Almost every mother in the Indian subcontinent has practiced scalp massage, which has become both a customary and integral part of her family life, " he says.

Champi is the Indian tradition of head massage that might be more commonly found in the barbershops of India, where a man would go for a morning shave and a head massage. Champissage, created and trademarked by Narendra Mehta, is the modern version of this cultural tradition. Mehta, a physical and manual therapist, took the Indian tradition of family head grooming and massage and added massage of the neck, face, and shoulders, as well as energetic aspects including shiatsu.2

In addition to shiroabhyanga, ayurvedic medicine has other types of massage that involve the head and neck, including shirodhara, where warmed oil flows over the "third eye, " or brow chakra, to create a meditative state and balance the endocrine system.

From the family home to the professional Indian barbershop, Indian head massage made its way into the world of popular culture. But its professional roots today are still footed in the ancient knowledge of ayurveda.


First and Foremost - Energy
We've all either had the pleasure of someone rubbing the tension from our scalp or neck or done it ourselves. So what's so complicated about Indian head massage? The fact is, the massage is not complicated, but the knowledge behind it is.

Indian head massage is said to balance every system in the body, 3 and the benefits associated with it make up a lengthy list (See The Benefits of Indian Head Massage, sidebar). Topping that list is its ability to combat stress and anxiety and help us find balance.

"It works on the subtle energy matrix (the prana or life force), " Bhamra explains, by balancing chakras, nadi (prana vessels), and finally the marma points (the nadi junction).

Prana, Bhamra says, means "before breath, " and this is essentially what the ayurvedic physician works with. "He's tapping into your spiritual DNA, " he says. "All this is subtle ayurvedic physiology."

In ayurveda, the belief is that we're first and foremost a being of energy and then a human being, Bhamra says. As such, he says, "We have to address the whole system. In the West we call it the mind, body, and spirit. When you address the whole system, it clears energy blockages (stagnant prana), permitting our life force to resolve disease and achieve higher levels of well-being."

Since we're beings of energy first, Bhamra says, certain elements of Indian head massage - such as balancing the chakras - are even more important than the actual massage strokes. "Balancing the chakras equals vitality and health, " Bhamra writes on the Institute's website. "Assisting these energy centers to remain unblocked is a highly effective way of resisting ill health."4

More Than a Head Rub
Utilizing the knowledge of mind, body, and spirit is what makes Indian head massage so effective, Bhamra says. "With ayurvedic
massage techniques, we have certain movements designed to release stagnant prana." He explains the more physical aspect of Indian head massage this way: "It's like a door handle that's broken, and you can't get out of the room. To fix the problem, to mend the handle, you need a screwdriver. You rotate the screw counterclockwise to remove the problem. When it's fixed, you put it back in a clockwise direction." He says the same is true of shiroabhyanga.

To release the stagnant energy, the therapist will use the heel of her hand and rotate it counterclockwise along the shoulder girdle of a seated client and then down between the spine and scapula, like an inverted L. Going back up, she will rotate the heel of her hand clockwise, moving along the pathway from which she came. "This is the actual massage technique for releasing and infusing prana, " Bhamra says.

How to Do Ayurveda Facial Marma Massage