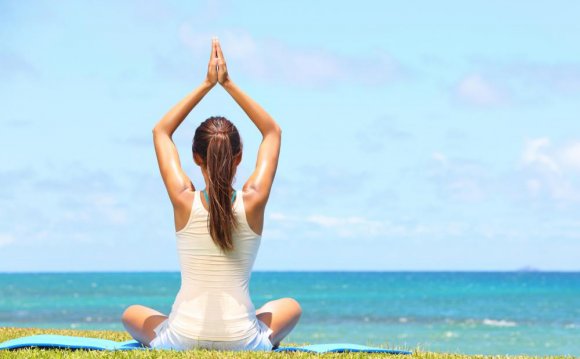 Once I asked an ayurvedic doctor about the relationship between yoga and ayurveda. His simple explanation was, “Ayurveda is the science and yoga is the practice of the science.” I have been a health care professional and Art of Living Yoga teacher for over 10 years now. It has been inevitable that the practice of yoga has led me to understand the science of ayurveda more and the inquiry into the ayurvedic science has inspired me to practice Yoga.

Yoga and ayurveda are inseparable sisters. Both originate as part of a greater system of Vedic knowledge (what I would call as the nurturing mother). Yoga originates in the Yajur Veda, while Ayurveda originates in the Atharva Veda and Rig Veda.

Both yoga and ayurveda are based upon the principles of trigunas (sattva, rajas and tamas) and the panchamahabuthas (earth, air, fire, water, space). Yoga and ayurveda also encompass an understanding of how the body works (Dosha-Dhatu-Mala/humor-tissue-waste material theory) and the effect that food and medicines have on the body (Rasa-Veerya-Vipaka/taste-energy-post digestive effect concept).

Both of these sciences have eight branches: Ashtanga yoga and Ashtanga ayurveda. The two have a common understanding of health of the body being dependent on the health and balance of the mind. They share virtually the same metaphysical anatomy and physiology, which consists of 72, 000 nadis (subtle channels), seven main chakras (energy centers), five bodily sheaths and the kundalini shakti (energy).

Both recognize that keeping the body healthy is vital for fulfilling the four aims of life: dharma (duty), artha (wealth), kama (desire), and moksha (liberation).