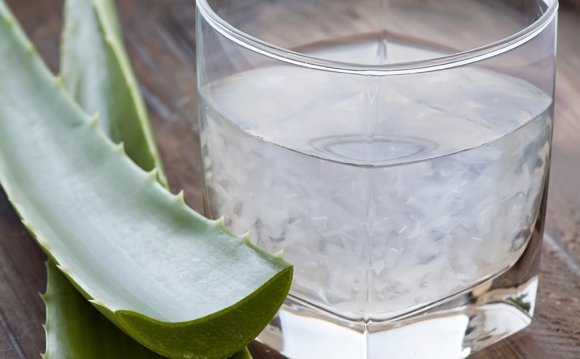 When I say aloe vera is the most impressive medicinal herb invented by nature, I don't make that statement lightly. Of all the herbs I've ever studied - and I've written thousands of articles on nutrition and disease prevention - aloe vera is the most impressive herb of them all. (Garlic would be a close second.) There is nothing on this planet that offers the amazing variety of healing benefits granted by aloe vera. In a single plant, aloe vera offers potent, natural medicine that has following health benefits:

Aloe vera halts inflammation
Using aloe vera topically is well known to ease inflammation of joints, reducing arthritis pain. But aloe can also be used internally, reducing inflammation throughout the body from the inside out. People who drink aloe vera for two weeks typically begin to experience a significant reduction of inflammation symptoms.

Aloe vera enhances skin health
Aloe is one of the most widely-used ingredients in high-grade skin care products. Aloe soothes the skin, hydrates it, nourishes it and accelerates the regeneration of new skin tissue. And while most people are only familiar with using aloe vera externally, aloe also enhances skin health when used internally.

Aloe vera relieves joint and muscle pain
Essentially, aloe reduces overall inflammation. It works when used both internally and externally. Of course, if you continue eating a pro-inflammatory diet (red meat, milk, sugar, white flour, fried foods etc.) then you'll never get rid of all your inflammation with aloe alone, but aloe can help ease your pain while you transition to a healthier lifestyle that eliminates the inflammation for good!

Aloe vera amplifies the antioxidant effects of vitamins
It makes vitamin C, vitamin E and other antioxidants work better! It actually potentiates antioxidants, probably due to its effect on enhancing blood quality and allowing the blood to more effectively transport oxygen and nutrients to the body's cells.