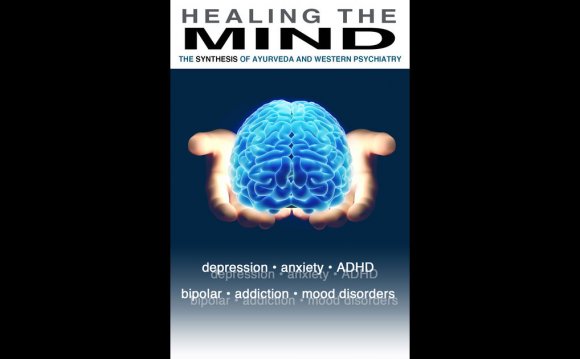 "There are three types of physicians. Those who are known as physicians simply by virtue of possessing a doctor’s box containing medicines and medical books and by imitating and posing. They are ignorant and are the counterfeit physicians. Those who acquire the title ‘physician’ from their association with those with wealth, fame, and knowledge, though they themselves are not accomplished. They are regarded as feigned physicians. Those accomplished in knowledge, insight and applying therapies who are attendants of life, who bring happiness to patients, and who have infallible success preserving life. These are the genuine physicians." Caraka Samhita, Su. IX/50-53

Dr. Scott Gerson was born in New York City where he was raised and attended elementary and secondary school. At an early age he became interested simultaneously in the subjects pertaining to consciousness, science, and Eastern philosophy. At age fourteen he began exploring hypnosis; at age fifteen he acquired a prototype of one of the first primitive biofeedback instruments and began to make observations on the connection between mind and body. Even today, he continues to employ these two modalities in his medical practice. At age seventeen he became acquainted with the work of the mystic/philosopher George Ivanovitch Gurdjieff and became aware of a strong yearning to find the connection between higher states of consciousness and the science of healing.

Dr. Gerson attended Brandeis University in Waltham, MA and received his B.A. in Philosophy. He then traveled to Europe and eventually to India where he met one of his early teachers, the highly renown vaidya Dr. V.N. Pandey, the director of the Central Council For Research in Ayurveda and Siddha Medicine. Through this friendship, Dr. Gerson began to earnestly study Ayurveda and eventually continued his studies at the College of Ayurveda in Trivandrum, where he spent almost three years. He completed his full Ayurvedic training at the Tilak Ayurved Mahavidyalaya in Pune. As his knowledge and insight into Ayurvedic principles developed, Dr. Gerson's interest started to become focused in the area of Panchakarma Chikitsa-the science of detoxification and rejuvenation. He therefore took up residence for some time in Kottakkal, India the home of the famous Panchakarma facility, the Arya Vaidya Sala, directed by the late Dr. P.N. Varier who became Dr. Gerson¹s second important mentor.

Based on his understanding of the importance of Panchakarma and the imminent danger of its attrition and disappearance, Dr. Gerson began to travel throughout India to various centers of Panchakarma, both large and small. He found many nuances and variations shaped by the intuitive wisdom of various vaidyas and their ancestors throughout the ages who lived in different regions of the subcontinent. For two years he personally experienced Panchakarma treatments at these facilities and shared ideas with many doctors, ethnobotanists, and patients. He gradually cataloged in great detail the many pieces of practical knowledge of these purification procedures which had somehow survived thirty or more centuries to appear in our present era. He was awarded the Master of Philosophy in Ayurveda (M. Phil.) jointly from the Tilak Ayurved Mahavidlaya and Pune University in 1999 and his Ph.D in the subject of panchakarma from Pune University in 2003. Click here to see Dr. Gerson's Ph.D. diploma. He returned to the United States and attended medical school once again, this time at The Mount Sinai School of Medicine in his native New York and continued his education for three additional years with residency positions at several teaching hospitals including New York University Hospital, Bellevue Hospital, and New York Downtown Hospital, completing the requirements for training in the specialty of Internal Medicine.

Dr. Gerson founded The Gerson Institute of Ayurvedic Medicine in 1982, his private medical practice, and since that time has integrated Ayurveda with conventional allopathic medicine. He does not travel extensively except for trips to India once a year. He prefers to remain as quiet and still as possible and to assists his patients with their understanding of their health conditions. The primary activity in his life is to be available as an Ayurvedic consultant and physician for his patients in his office, which now happens to be in the Dominican Republic. However, he maintains an office in New York City. He supports the spread of Ayurveda worldwide through the research and educational activities of The Foundation for Holistic Medical Research, where in addition to conducting both "bench" and clinical research on a variety of holistic medical approaches, he also gives regular seminars and workshops on Ayurvedic Medicine and related complementary medicine topics. Dr. Gerson has become renowned for providing safe and effective complementary medical care to patients recovering from chemo- and radiation cancer therapies and often collaborates with physicians at many of the cancer clinics and oncology departments throughout the nation.

Currently, Dr. Gerson is the only Westerner to hold both an M. Phil. (Ayurved Sindhant) and a Ph.D. degree in Ayurveda-the highest level of Ayurvedic education-and the only physician in the United States to have complete formal training in both conventional and Ayurvedic medicine. His Ph.D. thesis in Panchakarma Chikitsa (Detoxification Therapy) was accepted jointly by the University of Poona and Tilak Ayurved Mahavidyalaya in 2003. He was appointed Visiting Professor in the Faculty of Ayurved of University of Pune in 2004 where he is active in academic and research activities. He is a member of the teaching and research faculties at the prestigious Institute of Indian Medicine in Poona as well as numerous other academic affiliations including the Central Council for Research in Ayurveda and Siddha Medicine, the Indian government¹s principal Ayurvedic organization. Dr. Gerson holds the position of Clinical Assistant Professor at New York Medical College in the Department of Community and Preventive Medicine. He published Ayurveda: The Ancient Indian Healing Art (Element Books) in 1993, The Ayurvedic Approach To Diet and Weight Loss (Lotus Press) in 2001, and will publish The Comprehensive Textbook of Ayurvedic Medicinal Plants in late 2014. Selected data from that latter text is available on this website in the section on Ayurvedic Medicinal Plants. Dr. Gerson conducts botanical research in his R&D laboratory located on the campus of SUNY Farmingdale and is on the Board of Directors of The Foundation For Holistic Medical Research.

Above all else, Dr. Gerson's main activity is the treatment of patients in need of medical care and direction in the widest sense. He sees patients privately in both the West Palm Beach (primarily) and New York (several times a year) and has done so for the past thirty-one years. 2016 will see an additional clinical and research facility in Tenerife (Canary Islands). "Experience the difference Experience makes."

Medical Doctor (M.D.) - designation for a graduate of a Western Medical School

Doctor of Philosphy (Ayurveda) or Ph.D. (Ayurveda) - designation for completion of original Doctoral Research and Thesis in Ayurveda. Carries with it the title of "Ayurvedavaridhi". Dr. Gerson's Ph.D. required 4.5 years.

scope of ayurvedic in online

DR KR KOHLI, Lecture on Need & Scope of Research in ...

Dr Kuldipraj Kohli, Lecture on Need & Scope of Research in ...