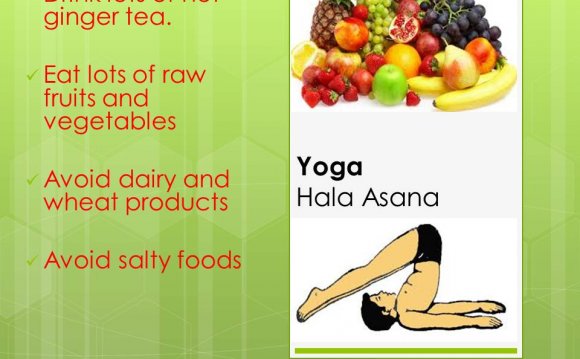 Metabolism : is a series of complex processes by which the human body converts food, water, and oxygen into tissue, energy, and waste products. It is a continuous process and goes on in every cell of the body. It comprises the breaking down of substances into simpler parts, and their shuffling and recombination into countless new substances that compose the body. For example, the carbohydrates are broken down by enzymes and acids and converted into pure sugar or glucose.
The constructive chemical and physical process by which food materials are adapted for the use of the body is known as anabolism; and the destructive process by which energy is produced with the breaking down of tissues into waste products is called catabolism. The two processes together are called metabolism.

Endocrine glands : Metabolism is controlled by the endocrine glands-a term applied to certain organs whose function is to secrete into the blood or lymph, a substance which plays an important role in relation to general chemical changes or to the activities of the other organs at a distance. The chief endocrine glands are the thyroid gland, adrenal glands, pituitary body, parathyroid glands, pancreas, ovaries, and the testes.

The thyroid gland is situated in the front of the neck and produces a hormone thyroxine which plays a very important role in regulating the general metabolism of the body. When it is defective, the conditions known as myxoedema (in adults) and cretinism (in children) result. An excess of its secretion is associated with a condition known as exophthalmic goitre or thyrotoxicosis or Grave's disease.

Disorders of the Thyroid Gland

1. Hyperthyroidism or thyrotoxicosis: in which the gland secretes excess of hormones. This condition is more common in women than in men whose age ranges from 30 to 50 years. Thyrotoxit individuals become tremulous, irritable, anxious and even hysterical. Because the metabolism is raised, they experience rapid heart rate and palpitation, rapid shallow respiration. Frequent bowel motions and diarrhoea, Flushing, heat intolerance, sweating, menstrual disturbance and sometimes bulging of the eyes. Such people suffer the paradoxical situation in which they feel fatigue and lack of energy and yet are compelled to move about, talk and do things. They are constantly fidgeting and the slightest remark may set off an inappropriately angry response.

2. Hypothyroidism : here the thyroid is underactive, producing too little thyroid hormone. This condition is far more common than hyperthyrodism and can be caused by iodine deficiency or thyroid failure brought on by pituitary dysfunction, inflammation, and scarring. By far the majority of cases are mild or borderline, unrecognized by the medical establishment. Yet these mild cases can be the cause of vague, but persistent, disorders such as fatigue, depression, loss of vitality, and overall hormonal imbalance. More severe problems from hypothyroid are the result of failure to develop properly, such as cretinism and juvenile myxodema. Long term hypothyroidism, such as adult myxodema, which is characterized by swelling of skin and subcutaneous tissues; dry, cold and slightly yellow skin, puffy face, loss of eyebrows, anginal pain, bradycardia, anorexia, constipation, and anemia.

Diet and Other Regimen:
According to Charaka, goitre does not strike those who take milk in adequate quantities. In addition, old rice, barley, moong dal, Bengal gram, cucumber, sugar juice, and milk products are recommended for a goitre patient. Sour and heavy substances are contraindicated.

Herbs for Thyroid:
kanchanara - Bauhinia veriegata (purple mountain ebony) is specific for proper functioning of thyroid. Among the other herbs jatamansi, Brahmi, guggulu and shilajita are also useful. Gokshura, Punarnava are useful herbs

Home Remedies for Thyroid:
A fine paste made of the vegetable jalakumbhi (Pistia straticies) applied over the affected part helps in reducing the swelling. The juice obtained from the jalakumbhi should be given in doses of II to 22 gm a day. It increases the amount of iodine, the lack of which, according to Allopathy, is one of the factors responsible for the disease.
Coconut oil offers much promise today to sufferers of hypothyroidism and slow metabolism. It is a known fact that the fatty acid chains in coconut oil, known as medium chain fatty acids (MCFAs) or medium chain triglycerides (MCTs), offer wonderful health benefits and are no where found more abundantly in nature outside coconut oil. For the hypothyroid sufferer the MCTs rev up the body's sluggish metabolism

Yoga for Thyroid diseases::
Long before medical science ever knew about the existence of thyroid glands, yogis had devised practices, which not only maintained healthy glands and metabolism, but also were part of a system of enlightenment.
Sarvangasna (shoulder stand) is the most suitable and effective asana for the thyroid gland. An enormous pressure is placed on the gland by this powerful posture. As the thyroid has one of the largest blood supplies of any body organ, this pressure has dramatic effects on its function, improving circulation and squeezing out stagnant secretions. After sarvangasana, we should perform matsyasana, and from sarvangasana we can practice halasana. All these practices positively result in better health of the thyroid gland. At the same time, all these practices should be avoided in severe thyroitoxicosis, physical debility or a goitre that is enlarged very much, where medical therapy is obviously the first line of treatment to be given. However, adding iodine once again to the diet is the first obvious step.
Other effective asanas include Surya Namskara, Pavamuktasana with emphasis on the head and neck exercises, yoga mudra, Suptavajrasana and all backward bending asanas.

Pranayama for Thyroid diseases:
The most effective Pranayama for thyroid problems is Ujjayi. It acts on the throat area and its relaxing and stimulating effects are most probably due to stimulation of ancient reflex pathways within the throat area, which are controlled by the brainstem and hypothalamus. This practice also gives us direct access into the pranic and psychic net work, the substructure of metabolic activity. Nadi shodhana pranayama is useful in re-balancing metabolism.

We have published an excelent ebook on Thyroid Disorders
Source: ayurveda-foryou.com